The COVID-19 infection rate in India remains low relative to population size. Despite being the world’s second most populous country, with more than 1.3 billion people, India has reported three deaths and around 107 cases, giving rise to questions about why the Corona virus has not spread as rapidly as elsewhere.

For some, the answer is the fast action that India’s government took as the virus spread from China to many parts of the world. And if the relatively low number of cases continues, it could make the nation a blueprint for others seeking to limit the impact.

How Covid-19 is being more successfully contained in India

A detailed thread to dismantle Jim O’Neill’s bigoted claim “thank god this didn’t start in India”. This will show how India has dealt with the treat of COVID-19 with far greater tenacity and firmness than ALMOST ALL countries.

2. India is the only country in the world to evacuate its citizens 6 times (and counting) and evacuated the most number of foreign nationals.

4. India is leading the fight against COVID-19 in the South Asian region, offering diplomatic, humanitarian and medical assistance to its neighbours.

5. A total of 56 Virus Research Diagnostic Laboratories (VRDLs) have been set up in India to test its citizens as well as foreign citizens in a record time, with a plan to build 56 more VRDLs in the next month. This insane level of efficiency hasn’t caught the eye of the media.

6. India currently has one of the world’s most efficient and reliable testing systems, reducing the time taken to get test results back from 12-14 hours to four hours. US health officials have admitted that their system is failing and has testing has been very sluggish

7. As a result, from Iran, Afghanistan up to Timor Leste, countries in Asia have been requesting India to help set up testing facilities in their countries.

8. India has sent 6 top scientists to set up a makeshift lab and testing facility in Iran to test 6000 of its citizens because Iranian officials refused to test Indians due to their high load. India plans to send 3 more airplanes in the next week to airlift its citizens.

READ MORE: Why the Zumba workout is insanely good exercise

12. India has suspended all visas to India as well as visa-free travel facility for OCI cardholders. It has closed its border with Myanmar. The Indian nationals coming from COVID-19 hit nations after 15 February will be quarantined for 14 days. This in contrast with the other countries with far more cases but no quick action whatsoever.

14. Indian drug prices are among the cheapest in the world. Medbelle ranks India as one of the five countries with the lowest median prices for drugs around the world due to an elaborate price control mechanism for drugs and the government’s Jan Aushadi project to provide cheap affordable medicines to the poor.

15. China had silenced the doctor who identified COVID-19 and he died 6 weeks later. China let this brew. On the other hand, when Nipah virus was found in India in 2018, 3 doctors identified it and authorities immediately reported it to WHO. 2000 quarantined and 17 died in total.India would have NEVER allowed it to become a pandemic.

The Indian civilization, being one of the most advanced in the world, has been way ahead of its time with gifting the world the Namaste- which is now propagated by every world leader. Ancient India idealised vegetarianism and expounded Ayurveda, and as a result, did not come in contact with any serious threat from plagues/ diseases in its millenniums of existence. India NEVER created any pandemic in the history of its existence. 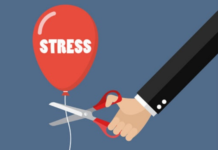 How to prevent erectile dysfunction and heart problems due to stress? 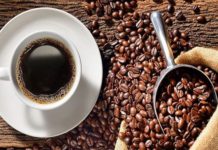 Some Health Benefits of Coffee Drink 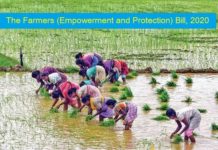 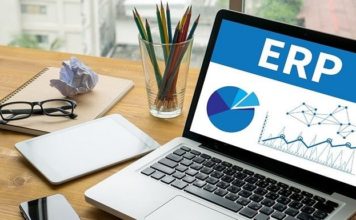 Travel documents for adults and children in India

Exotic Trips are Getting More and More Popular in South America